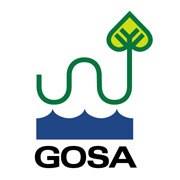 The Groton Open Space Association organized in the 1960s to support early conservation initiatives in the City of Groton. Notably, they influenced the state to initially establish and later expand Haley Farm State Park, nestled along the coast and providing spectacular views of Palmer Cove and Fishers Island Sound. Today, the GOSA facilitates responsible stewardship of public spaces as a member of the Friends of Connecticut State Parks. They work to maintain hiking trails in the Groton area, support habitat restoration, and encourage better water protection efforts. They advocate for environmental causes in the Groton area, and they educate the public on relevant issues. They actively cooperate with other nonprofit organizations and governmental organizations with similar goals.