“Please help Protect Your State Parks, Recreational and agricultural Lands by supporting “S.J. 35 – Resolution Proposing an Amendment to the State Constitution to Protect Real Property Held of Controlled by the State.
The document is available online here: https://www.cga.ct.gov/2018/TOB/s/pdf/2018SJ-00035-R00-SB.pdf”
The following information offers an explanation and reasons why this is a critical piece of legislation.

Every year, the CT General Assembly proposes state-owned public lands to be sold, traded, or given away in the “Conveyance Act.” State Parks, State Forests, Wildlife Management Areas, and other valuable public lands can be sold, traded, or given away through a late session amendment to the Conveyance Act that typically happens without public input or scrutiny by most Legislators. Your public lands should not be put at risk every year without any opportunity for your public input.

Why is this so important?

What would the Constitutional Amendment (SJ 35) do?
Before the General Assembly could sell, trade, or give away public lands, they must:

What would the Constitutional Amendment NOT do?

Why should you support the Constitutional Amendment?

10. Many Public lands were donated to YOU and YOU deserve a voice. Public lands — like Auerfarm Scenic Reserve State Park in Bloomfield — have been donated to the State by individuals who wished to leave a legacy of public land for all to enjoy. Their donation and intent should be honored.

9. Public lands keep our air and water clean. Public lands like People’s State Forest were acquired to protect water quality as well as to showcase positive land management. These lands that provide so many values to you should not be given away without any benefit to the public in return.

8. Public lands are valuable assets. State Parks like Hammonasset or Talcott Mountain draw tourists, increase home values, improve public health, harbor wildlife, and both attract and keep businesses in Connecticut. The state may be in fiscal crisis now, but protection of your public lands will help the economy rebound.

7. Public lands belong to all of us. Public lands like Harkness Memorial State Park are a benefit to everyone statewide, not only to a local, special interest.

6. We need to be fair and good neighbors. If you bought land near public lands like Meshomasic State Forest, you should be assured that your investment was not made in vain.

5. Public land is one of the best investments we have made in Connecticut. 134 State Parks and Forests attract 8-9 million visitors a year, generate over $1 billion, and support over 9,000 private sector jobs every year. The public lands that provide these benefits must be protected and not be given away without public input.

4. Public lands benefit those who have less. Many people cannot afford to travel to the Grand Canyon, Yellowstone, or Yosemite National Parks. Connecticut’s State Parks and Forests, most of which are accessible for free, ARE your local places for awe and inspiration.

3. Once Lost, Gone Forever. Once public lands like Seaside State Park are sold, it will be impossible to get them back as public assets.

2. We need to pass public lands on as our legacy to our children. Today, there is a State Park or Forest within 15 minutes of every resident of Connecticut. That natural legacy can only be protected if tomorrow our public lands are still nearby and accessible to all.

1. PUBLIC LANDS ARE YOUR LANDS. Public lands are owned by the public and should be managed by public agencies like CT DEEP. These special places owned by YOU must not be sold, traded, or given away without input from the public and an overwhelming benefit to the public.

Think about your favorite State Park, Forest, or Wildlife Management Area, and you will understand that a Constitutional Amendment to protect your public lands is the only way to protect them. NOW is the time to act! 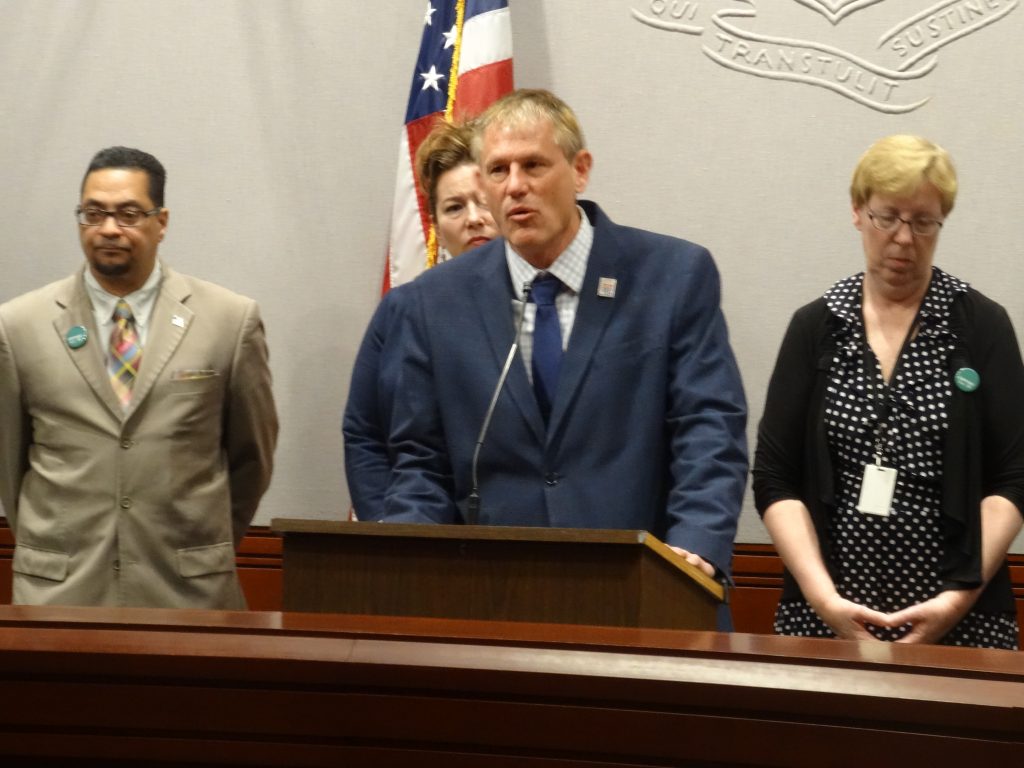