Protect the Integrity of the Passport to the Parks Fund

What is the Passport to the Parks?
The Passport to the Parks is a $15 charge added to your 3 year motor vehicle registration which generates an estimated $16 million each year for the operations, maintenance and improvement of your State Parks. In return for paying this charge every third year, all motor vehicles with CT license plates gain day use parking entry to the State Parks for free (the parking fee for out-of-state vehicles continues.)

This is an amazing value considering that one weekend visit to a shoreline Park like Hammonasset Beach State Park used to cost state residents $13 and a season’s pass to the State Parks $67. The Passport has reduced traffic back-ups entering parks, and helped CT DEEP redistribute more seasonal workers to manage land, wildlife and water resources for the public since fewer seasonals are needed to staff entry gates.

Does the Passport to the Parks totally fund the Parks?
No, but it generates about 80% of the funding for the Parks from a new funding source (the total budget for State Parks at full operations is~$20 million.) Making 80% of State Parks funding “reliable” from year to year allows the Parks to operate more smoothly by reducing timing problems related to the annual budget process (e.g. the state fiscal year starts July1st, right before one of the busiest weekends of the year, and DEEP has to staff-up with seasonals in April/May to be ready although there typically isn’t a budget in place for the next year). Obviously, it is so much better for State Parks funding to be 80% reliable versus 100% vulnerable.

It is important to note that when the Passport to the Parks funding is combined with out-of-state parking fees along with camping, cabin, and other facility rental fees being dedicated to DEEP for Park and Campground management rather than to the General Fund, the Parks become nearly self-sufficient.

Is the Passport to the Parks necessary?
Absolutely! In prior years, 4 campgrounds were closed, museum and nature center hours were cut, seasonal workers were reduced by almost 50%, 12 full-time park maintainers were given pink slips, and the revised Governor’s Budget for 2018-19 proposed a large funding cut along with moving to “passive management” for most Parks. If that trajectory had continued, further Park and campground closures and losses of public services were imminent. The chronic underfunding of the parks had to be addressed quickly with this new source of funding in the 2018-19 budget or we risked losing the immense value that State Parks provide to Connecticut.

How important are Parks to Connecticut?
State Parks are an essential part of our state’s natural legacy in many ways. If they are allowed, through neglect, to become liabilities rather than assets, the tremendous benefits currently supported by state parks could be lost. An economic study by UConn documented that Connecticut’s state parks and forests generate over $1billion/year in revenues for the state and support more than 9,000 private sector jobs. Furthermore, for every $1 invested in the State Parks, an impressive $38 is returned to state and local coffers. Beyond significant economic benefits to the state and local communities, State Parks provide recreation and public health benefits, wild-life habitat, groundwater recharge, and many other irreplaceable ecosystem benefits as well. Also, for many economically strapped families in many communities, State parks and forests provide the only quality outdoor recreational opportunities available for public use without charge. 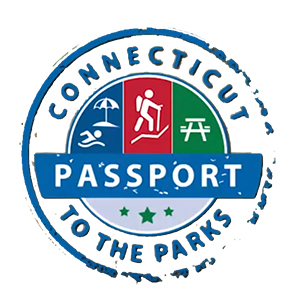 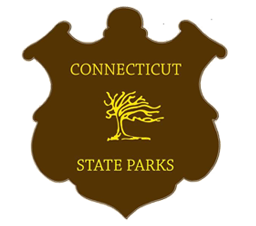