The summer of 1913 was a hot and dry season.  To divert water from a nearby mountain swamp to the Hillstead Farm in Farmington, Connecticut, workers excavated a channel down to the farm’s tilled fields.  In doing so they encountered what they thought were thick tree roots and were about to axe through them when a supervisor realized that the obstacle was bone.  Geologists at Yale University were contacted.  The workers had discovered the fossil remains of a two-thirds complete mastodon dated to the state’s post-glacial past. The former state archaeologist will discuss the findings and recent radiocarbon dating of the fossil. 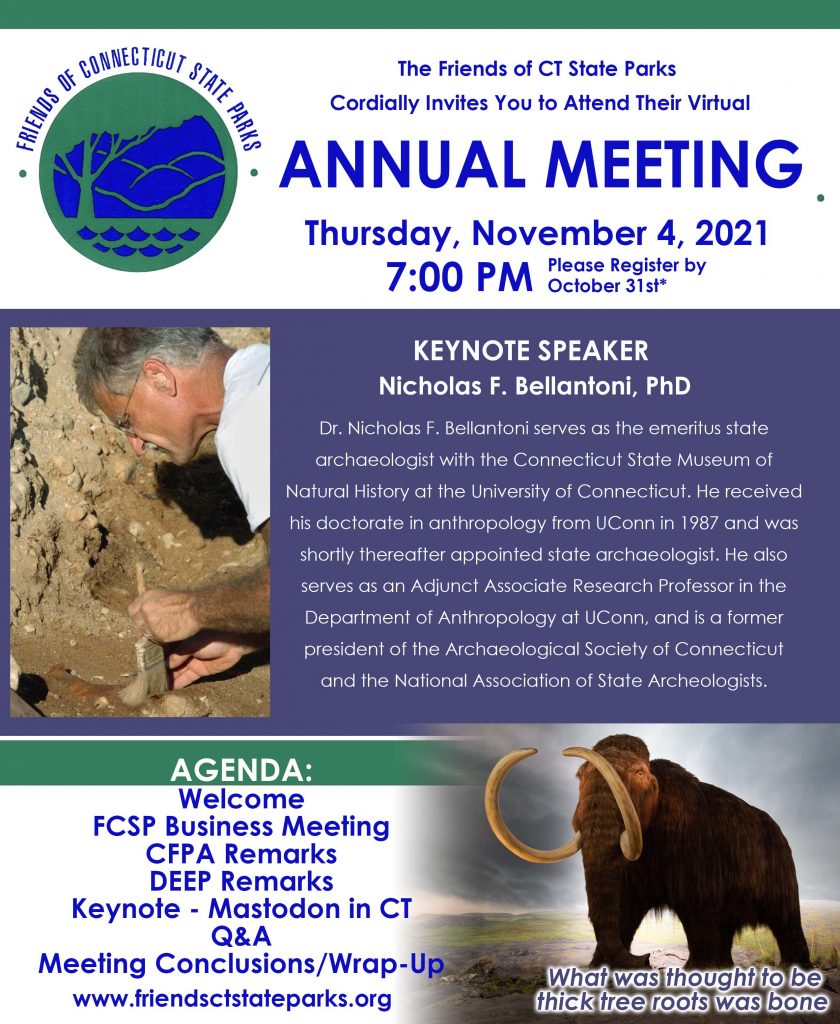